Dramatic ritual - including use of props, costumes, and re-enactment - have been major aspects of First Peoples culture for centuries. However, colonialism suppressed and infiltrated these earlier forms of Indigenous theatre in Canada. It wasn't until the 1980s, with the founding of companies such as Native Earth Performing Arts, that First Peoples voices were again heard in the world of theatre, though this time, obviously, exploring the contemporary experience of Indigeniety, imbricated as it is with colonialism, as can be seen in works by playwrights such as Tomson Highway. Indigenous theatre in Canada is typically message centred and grapples with First Peoples lived experiences. Additionally, these plays often feature a community of characters as opposed to one lead. As more and more Indigenous issues and concerns are highlighted across the board, many forms of Indigenous artistic expression are being given more attention. Such a shift can be seen in the fact that in 2017, the National Arts Centre will begin developing an Indigenous Theatre Department headed by Kevin Loring. Below we offer suggestions for seminal plays by Indigenous writers/companies as well as links to some articles on Indigenous theatre.

Being a relatively modern form, film does not enjoy the considerable past of theatre for Indigenous peoples, though one may argue the two are closely linked. As in many other forms of artistic expression, Indigenous peoples films have two jobs: to deconstruct the representation of Indigenous peoples in works by non-Native writers and to present more rounded and accurate depictions of Indigenous characters and experiences. This was done principally through documentary initially in which the daily lives of First Peoples off and on reserve was explored. More recently, non-documentary Indigenous films have been winning awards and bringing attention to important issues for their communities. Below we offer some key films and general articles on Indigenous films. 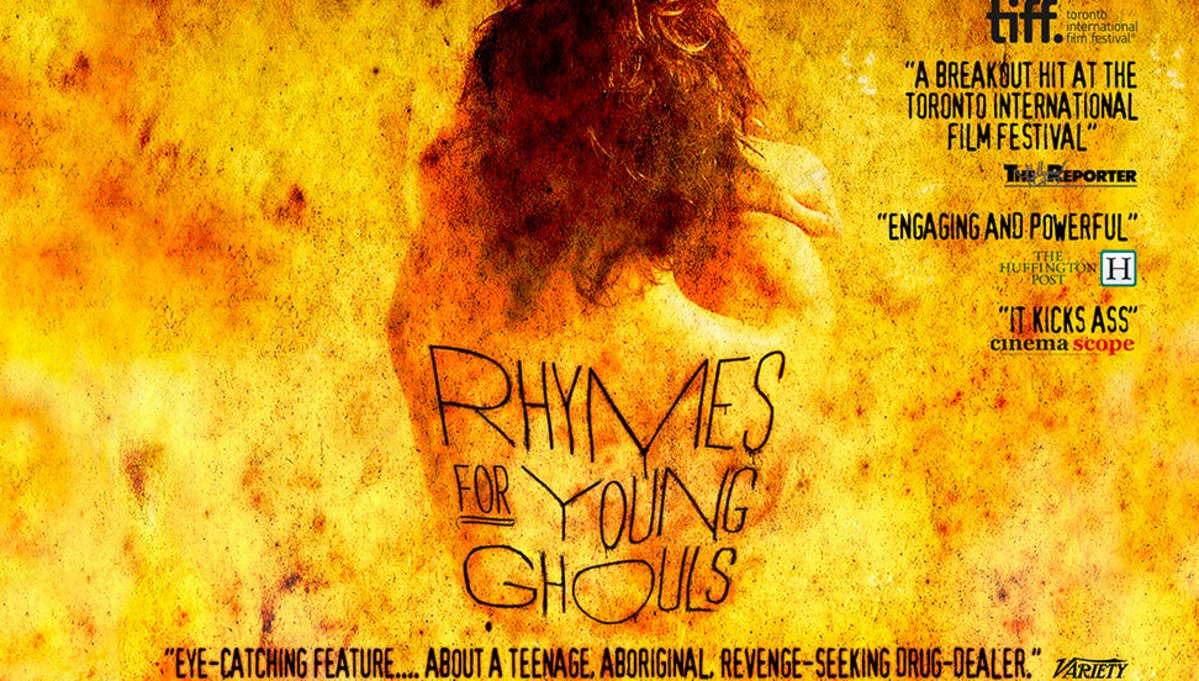 An official poster for 'Rhymes for Young Ghouls,' a revenge drama based around a young girl who survives Residential School.