Because of the cultural diversity of First Peoples in Canada, the traditional art being created by those communities is incredibly varied. The materials used were often determined by geography and available resources. The purpose behind the creations ranged from simple aesthetics, to recording stories and traditions, to useful ceremonial talismans. The types of images produced provide a beautiful and diverse picture of pre-colonial Canada.

Modern Indigenous art in Canada can be as varied as its traditional forms. It has been used to tackle important indigenous issues as well as to create beautiful, unique designs. Appropriation of First Peoples' artistic styles has proven to be a great challenge, but one that, in the last few years, has garnered much attention. This attention to ownership of culture has created today an art world that tends to be more open and understanding, where theft of creative images produces public ire and occurs less and less frequently. 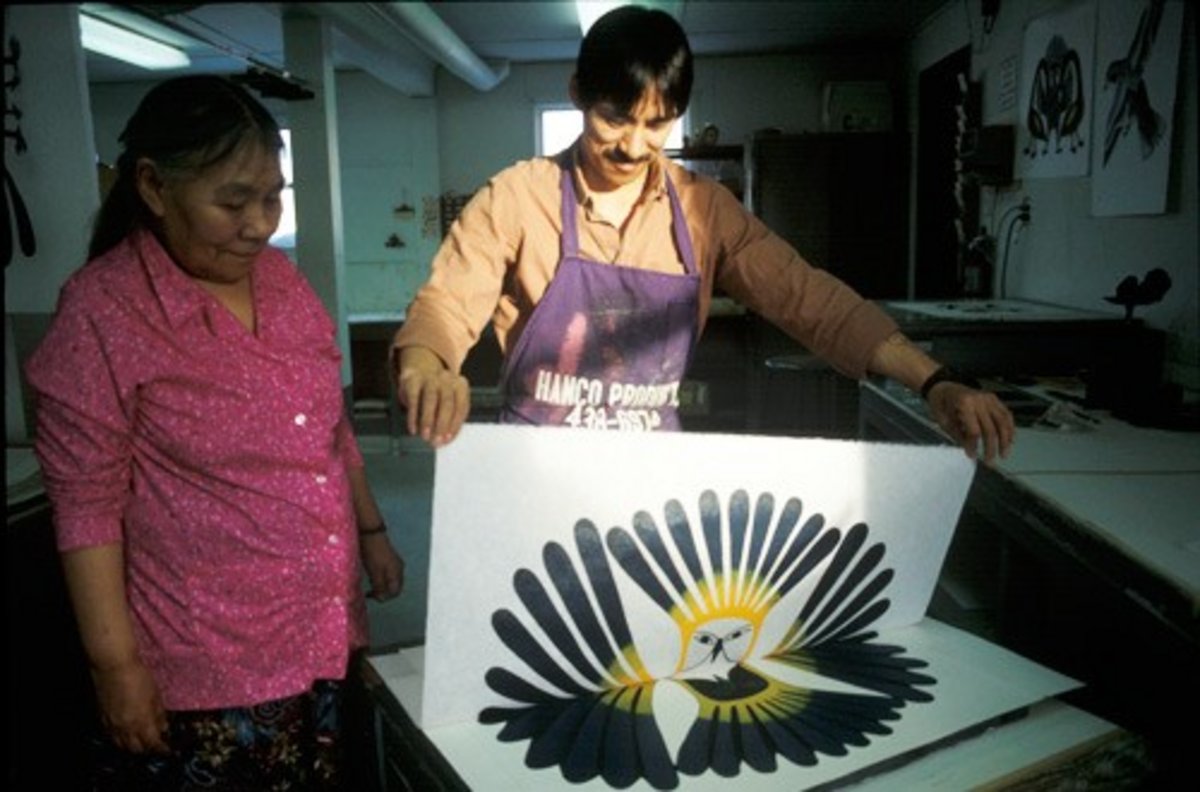 Kenojuak Ashevak and Qavavau Manumie creating the print "The Sun's Return", stonecut and stencil technique, 1992-1993,
Photo by Jimmy Manning, for the Canadian Museum of History.