It all changed for Perry Rasoldier on a family trip to their homeland of Madagascar. Perry had not realized how fortunate he was to have immigrated to Canada as a young child, nor the sacrifices his parents had made to offer him opportunities for a promising future. He had thought his parents were “just strict immigrants.” He had no appreciation for his family’s history, nor for the advantages of living and growing up in Canada.

On this trip, everything changed. Perry confronted many of his concepts and beliefs, and his role in his family, his community, in this world. He stated that “he knew people were poor but seeing it with his own eyes was much different.” Perry felt the need to improve his qualities to become a positive influence on himself and others. He got involved with his church and spent many summers getting involved with the less fortunate such as helping with the Ottawa food bank, soup kitchens, retirement homes, and homeless shelters.

One of his teachers from D’Arcy McGee High School states that Perry demonstrated to be a very diligent and positive student who consistently maintained a high standard in his academic endeavors.

He also states that Perry is a sociable student often being a key member in leading group activities. A teacher at the Westminster Presbyterian Church and City-Wide Youth Leader says that Perry has become a positive individual and his participation in youth activities has been beneficial to others. Perry has led many different programs with his church, including being the organizer of games and programs throughout the summer. He was responsible for creating the main course meal for over 100 people. He volunteered at Gracefield Christian Camps, as well within their Sunday School programs. Perry is a very dedicated and studious piano player, who studies many different forms of music.

Peery has also been involved in Me2We, ran and took care of a garden at my high school, and raised money and collected food for both Venezuela and Aylmer residents. He is currently the vice-president of the Charity Club at Cégep Heritage College. Perry’s personal growth and selfless engagement demonstrates the qualities of a positive role model for youth. 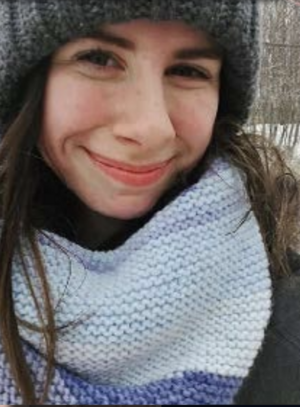 “Commitment to the community”

Emma has been a dedicated Volunteer for Scouts Canada since she was 14, when she was given the opportunity to develop leadership and mentoring skills. Even today, she continues to be passionate about the Scouting movement. She has served as a youth trainer, facilitating leadership and training courses for adults and youth. Emma’s volunteering in many Scout events made her the recipient of the Ken Johnson Memorial Award in 2016 by Joint Council (Scouts/Guides Members).

In 2017 she was recognized for her achievements in Scouting with the Order of the Caribou, which was presented for her willingness to go that extra measure, by accepting additional challenges associated with organizing and coordinating major activities for Scouting. This award, in addition to a Medal for Good Service presented that same year, was awarded to Emma for skillfully planned the Scouting group’s involvement in events like Winterlude and Canada Day and has acted as a liaison with outside organizations like Heritage Canada in a professional and reliable manner.

Emma has volunteered with non-Scouting events as well, including a fundraising event which benefitted Shepherds of Good Hope (SGH), when they found themselves unexpectedly short a number of volunteers. She has given out gifts to the homeless at Christmas, and has assisted SGH at several fundraisers. She has volunteered at events for the Learning Disabilities Association of Ottawa-Carleton, where she had the opportunity to work with children with special needs. In fact, it was while she was volunteering with the LDAOC where Emma first felt the call of education that has inspired her to pursue her teaching degree and work in special education.

Emma Kearns is a worthy recipient of the Lieutenant Governor’s Medal, for her commitment to the community and being a positive role model for youth.